Jamie Hughes the boy from the Black stuff broke into the world's top ten by reaching the final of the prestigious Winmau World Masters in 2014, beating BDO Stars Alan Norris and Martin Adams on TV, before moving rapidly on to win the prestigious Televised Zuiderduin Masters on his first appearance. Yozza' s darts are based on the classic long parallel design thrown by millions worldwide, but with his unique Yozza twist. Jamie said "I've used the same darts for absolutely years and they were worn out on the grip, so I wanted my new darts to have perfect feel and grip yet with a sort of slightly worn in feel. The guys at Red Dragon have done an amazing job and these darts are absolutely spot on”. 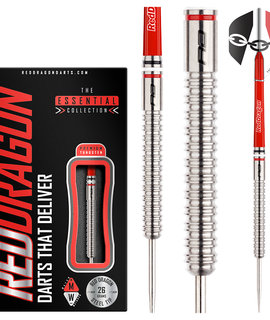